A political tussle burst out between BJP and Aam Aadmi Party after Punjab police arrested Tajinder Bagga on Friday. The leader is accused of threatening AAP supremo Arvind Kejriwal and inciting communal violence.

After the arrest, Bagga was being escorted to Mohali by Punjab police where they were stopped in Haryana. A Haryana police official told the press that they had to stop the convoy as they received information the BJP leader was been ‘forcibly’ taken from his residence and they had to verify and crosscheck these things.

A team of Delhi police rushed to Kurukshetra where they were Haryana police handed over the custody of Bagga. AAP vs Bagga started off when the BJP leader tweeted about Delhi CM over ‘The Kashmir Files’ movie.

National general secretary of Bharatiya Janata Party Kailash Vijayvargyia said that this was nothing but a dictatorship by Arvind Kejriwal. ‘When a monkey gets a razor in its hand, it acts like a barber. We condemn the misuse of the police force,’ he further said.

Currently, AAP rules Delhi and Punjab where they have full control over the Punjab police. On the other hand, BJP leader of opposition Ramvir Singh Bidhuri, vice president Virendra Sachdeva and party spokesperson Praveen Kapoor staged a protest against Kejriwal and Punjab police.

BJP attacked AAP for misusing their political power over a leader, while AAP counter-attacked saying that Delhi Police held Punjab officials hostage since Thursday evening. AAP leader Atishi said that Punjab police followed all the procedures and had informed Delhi police about the arrest. She further said, ‘What the BJP, the Delhi Police, the Haryana Police did today just to save a rioter, hooligan like Tajinder Bagga, it proves that the BJP which is also a party of the rioters can go to any extent to save rioters.’

The leader also said that Punjab police had sent about five summons to Bagga about joining the investigation but he didn’t join. ‘According to the procedure, Punjab Police have to inform the Delhi Police before any such arrest. When Punjab cops went to Janakpuri police station, they were held hostage illegally. Then today when Punjab Police took Bagga, they were stopped by the Haryana Police in an illegal manner,’ said Atishi.

The arrested leader’s father today said to the press that, ‘about 50 cops in 10-12 cars pulled up at our house, punched me in the face when I was trying to make a video, and took my son away.’ Misuse of the force by the ruling party isn’t something new in Indian politics. 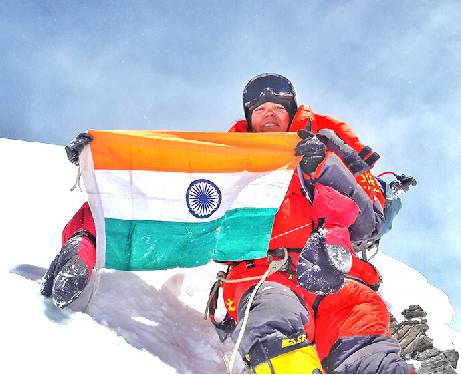