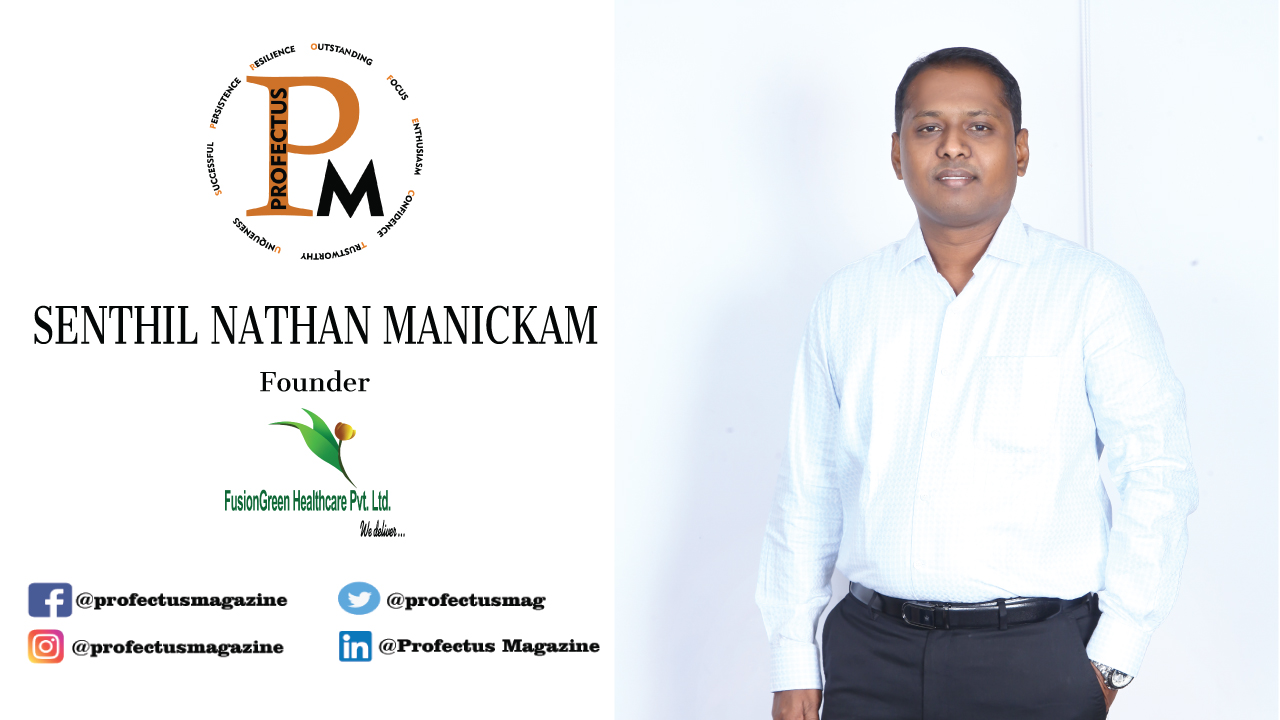 The world has seen drastic foundational shift during the Covid pandemic. Specially the healthcare domain was all in highlight. Health sector is India’s largest sector in terms of revenue and employment.  The pandemic has made us all realised the longstanding problem of equipment shortage. FUSION GREEN is one of the reputedcompanies in south India which has come forward to contribute in fight against such crisis. It delivers very high end quality medical products and services to the customers.

‘FUSION GREEN’ is a company founded by SENTHIL NATHAN MANICKAM and promoted by two other like-minded Entrepreneurs.Talking about the founder; Senthil was born and brought up in small village located in Tamilnadu. He holds the degree of Bachelors of Engineering in electrical and electronics from Annamalai University. Post graduating, Senthil relocated to Chennai and started visiting Nicholas Piramal India Ltd. where his uncle was working. His visits and interest in health sector allow him to make few good contacts in the company and soon applied and acquired the job in sales department of the same company. He desperately wanted a job irrespective of the field to clear off his father’s financial debts. It caused massive disdain towards him by few of his family members. But this did not deter his spirit or his hardworking attitude and he achieved the target in mere 15 days. His magnificent performance not only attracted the top management to speak to him but also secured him the post of ABM.

Considering a better opportunity and exponential growth, in 2006 Senthil joined Roche Diagnostics which offered him diversified job profiles in his service time there. In 2011,he joined Beckman Coulter India Pvt Ltd and he bagged the title of ‘THE BEST PERFORMER’ of the year in 2012 and 2013.His efforts in efficiently dealing with the customers made him the no.1 performer consistently. He definitely enjoyed the success, the respect and the fame showered upon him. Senthil always wanted to mark his own presence in the health sector and do something visionary. So to follow his dream, in early 2014 hestarted planning the formation Fusion Green and it was fully functional by end of 2014. Senthil commenced Fusion Green with a goals that are more inclined towards customer needs and services.  He focuses not to be just another logistics distributor but be a customer oriented brand.

On asking Senthil about the term ‘FUSION GREEN’ he says, FUSION resembles the geography of Tamilnadu and GREEN resembles the prosperity of Mother Nature. Initially when covid’19 hit India, Fusion Green became the talk of the town as they had all the vital products require to fight against Covid ’19, while keeping all the safety protocols in mind. All the decisions were made under the expertise of 9 doctors in the panel. Challenges like language barrier and surplus unused stock post second wave of Covid ’19 were taken care by his dedicated team. Senthil is forever grateful for the immense support from his family, colleagues and his loyal customers, which helpedthe company achieve new heights in the matter of just few years.

Fusion Green is not just a distributorbutalso a manufacturing company now. Unlike other companies Fusion Green proactively believes in customer satisfaction at all levels. It takes all the responsibility of delivering high quality products and training the staff in compliance with company policy. It is very impressive that the company looks into all the post sales queries ensuring ease to all the customers. Senthil closely follows emerging technologies of the world in the health sector and strives to bring few of them to India.

Indian healthcare is catching a pace due to its strengthening coverage, services and rising expenditures by public and private sectors. Senthil is thankful to the government for introducing manufacturing friendly policies and digitalization. He is of the opinion that merging academics with practical knowledge of manufacturing a product if imparted to young bright kids would reduce the cost of the product by half at its source hence giving feasible and sustainable products to citizens of India and worldwide which would also satisfy the ‘ATMANIRBHAR BHARAT’ campaign. He also wishes that government in the new future develop such programs that guides manufacturers and also trains the interested people in India so all manufacturers of the nation can unitedly work.

Fusion Green has its focus on the scanners which would help in identifying fertility issues, oncology sites and structures of the cancerous cells,provide detailed analysis at genetic level. FusionGreen is growing steadily and is expanding wings in Mumbai, Cochinand Bangalore. It has also seen north east India led by a capable team as its future vision. The statistics now show that the company’s net worth is of whopping 40 Crore.

Upon askingSenthil on what advice would he give to the aspiring entrepreneurs, to which he readily answers

“Young entrepreneurs should listen to the customer first, while selling or offering their product. Patience is the key to success. Always be kind no matter what types of customers you deal with”

He certainly believes that the respect given to the employees of the company and the customers is always going to pay back sooner or later, so it should become a priority at all times to hold on to that special bond.

Senthil is highly influenced by the leading business tycoons like Mukesh Ambani, Jeff Bezos, Jack Ma and Elon Musk. He is impressed with them on how they provide livelihood to millions of people. Senthil gives whole credit to the preaching of the spiritual guru Swami Vivekananda in moulding his visionsince childhood. The words of this highly knowledgeable guru are deeply engraved in his heart and mind that it has become his MANTRA for living. He joyfully quotes it for us;

‘’ STANDUP, BE BOLD, BE STRONG. TAKE THE WHOLE RESPONSIBILITY ON YOUR OWN SHOULDERS, AND KNOW THAT YOU ARE THE CREATOR OF YOUR OWN DESTINY. ALL THE STRENGTH AND SUCCOUR YOU WANT IS WITHIN YOURSELF.” 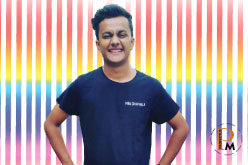 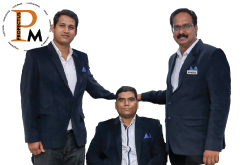