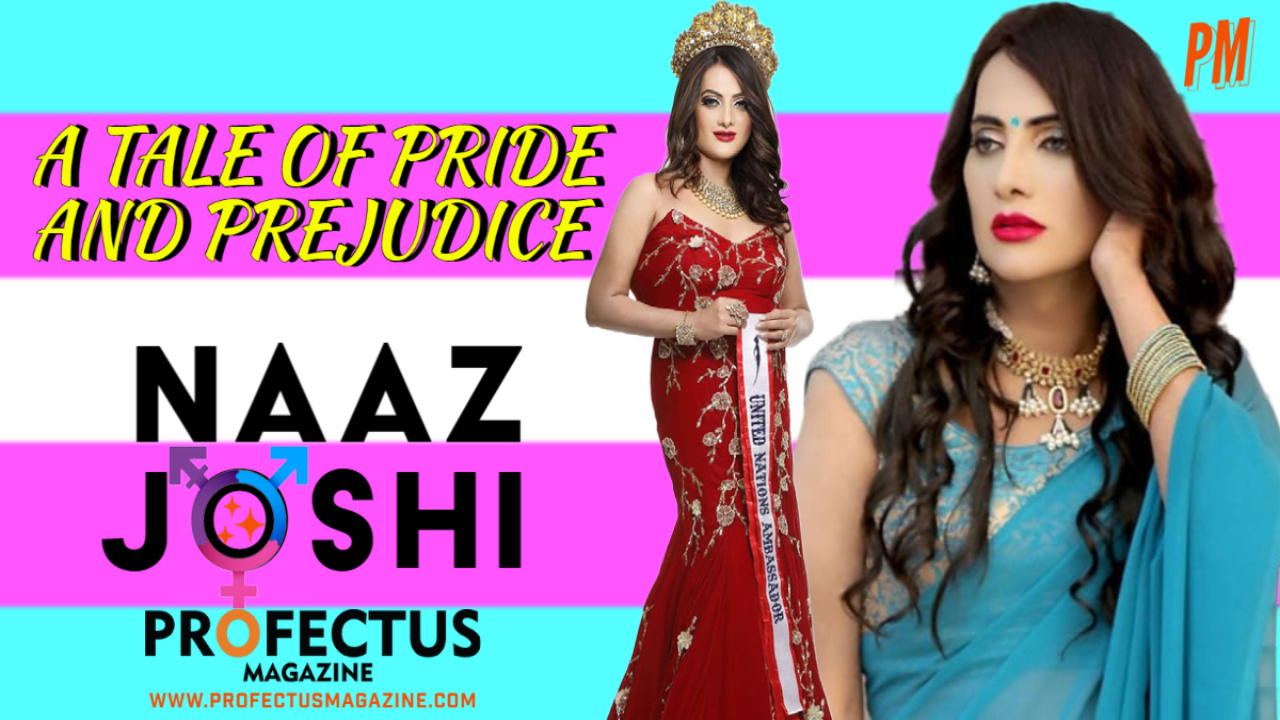 Prejudice around the trans community isn’t something new in the world, though we are in the 21st century. Challenging and fighting to change this taboo might take more than a lifetime, while trans beauty queen Naaz Joshi has dedicated herself to the cause.

The name ‘Naaz’ itself means pride, the beauty queen fought a lot of prejudice while making her country proud. Winner of eight titles, one national and seven international Naaz was born as a boy ‘Aziya’ in a middle-class family in Delhi.

Today the world takes pride in Naaz as a trans activist, Empress Earth, mental health activist, and a single mother but the struggle and trauma before all this is what we need to understand. Born as a boy, Naaz always loved to dress up as a girl wearing her mom’s makeup and playing with stuffed toys. Indian families are a reflection of the society we live in, and eventually, it became emotionally exhausting for her to be someone she’s not.

‘Empathy over sympathy’ is something Naaz always preaches in her gender sensitization programs. Inspired by the ‘America’s Top Model’, she started a pageant for the underprivileged models named ‘Face of Season.’ Where she trains them for the modeling world. Naaz also has another pageant exclusively for married women from rural India named ‘MIHM’ where they can train the women for Mrs. Universe.

The journey from prejudice to pride isn’t easy, the tale of Naaz Joshi is an inspiration to the little suffering Naaz as well as a mirror to the society about how none of their prejudice can clip this beauty queen’s wings.