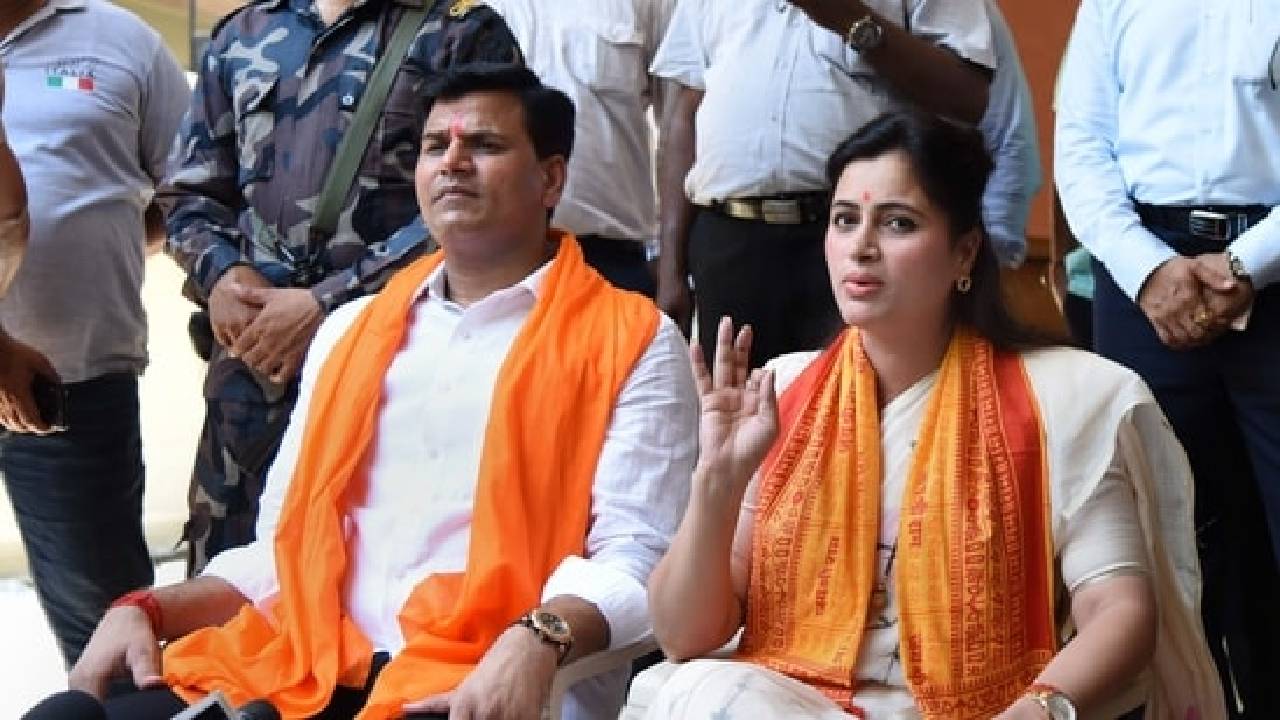 As Rana couldn’t reach Matoshree, she said that, "Our aim was fulfilled, though Ravi Rana and I couldn't reach 'Matoshree' (Thackeray's Mumbai residence), 'Hanuman Chalisa' that was supposed to be chanted by us was chanted by bhakts."

She further said that Shiv Sena has become a party of goons. “Uddhav Thackeray only knows how to file offences against people and put them behind bars. He's creating a Bengal-like situation in Maharashtra," she added.

In respond to the couples challenge, hundreds of Shiv Sainiks protested in front of Rana’s Mumbai residence. BMC’s Mayor Kishori Pednekar said that,  "We'll keep ‘Hanuman Chalisa’ in front of us… waiting to teach them a lesson." While many Sainiks tried to broke the barricade to enter their building.

Navneet Kaur responding on the protest said that the CM is seeking political gains and ordered his party workers to heckle them. After all this, MLA Ravi Rana and Navneet Rana was arrested by Khar Police under the section 153A of IPC for promoting disharmony, enmity or feelings of hatred between different groups and doing acts prejudicial to maintenance of harmony.

The couple asked what about the 700 sainiks who disrupted peace today near their residence? They also gave a written complaint to Mumbai police asking them to book CM Uddhav Thackeray, Shiv Sena leaders Anil Parab, Sanjay Raut and those 700 party workers.

Earlier today, Maharashtra’s Home Minister Dilip Walse Patil and Shiv Sena MP Sanjay Raut took a dig against Rana’s addressing them as BJP’s pawns. Walse said that the couple was acting on instructions to disturb the state and destroy law and order, so they can demand President’s rule.

Over the ‘Hanuman Chalisa’ row many are portraying MNS chief Raj Thackeray as ‘Hindu Jan Nayak’, who is the nephew of Shiv Sena founder Balasaheb Thackeray aka ‘Hindu Hridya Samrat.’