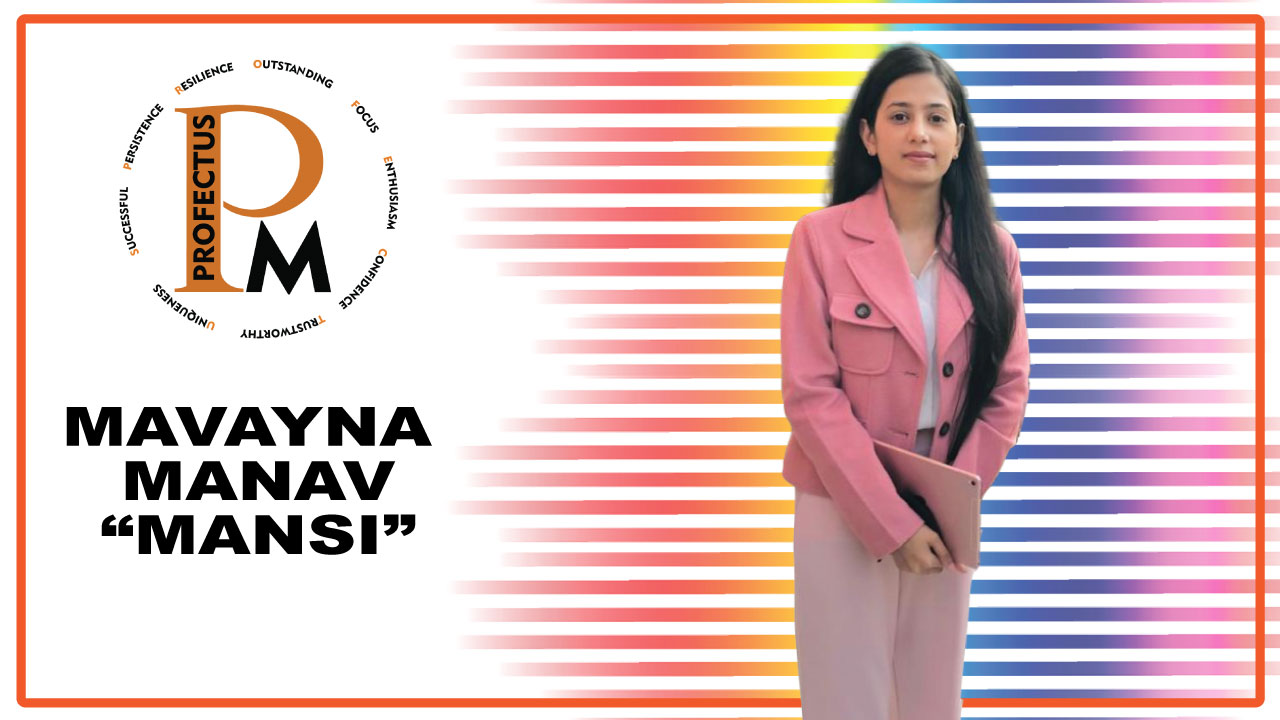 A 22-year-old humanitarian who’s dedicated towards making menstruation little easier for women without proper resources. She has received world-wide recognition for spreading awareness about menstruation and female hygiene.

Menstruation is a celebration of womanhood but unfortunately, some people still consider it as taboo. Despite being in the 21st century, women are not really aware of menstrual hygiene and always hesitate to talk about it. Here humanitarian’s like Mavayna steps up for the greater good.

Meet Mavayna Manav, a 22-year-old humanitarian who’s making people’s lives better since her 10th grade. Mavayna holds a Bachelor’s degree from Delhi University and now works full time towards women empowerment and menstrual awareness. Mavayna says, being brought up in a joint family talking menstruation wasn’t easy. But she found comfort in her dad Mr. Subhash Manav, who supported her emotionally as well as financially. Every journey starts with a story, something unforgettable that strikes you to bring change. Mavayna’s story started back when she was in school, remember the ‘just for girls’ sessions in private schools? Mavayna tells us, how menstrual education class was never about period cramps, post menstrual stress, and minute-to-minute mood swings. It was always about hiding menstruation from boys, making it feel like the most non-existent thing in a girl’s life. What amused her was how teachers at most schools shaped menstruation as a taboo while they had to do the opposite.

During her college days, Mavayna formed several groups to spread awareness about menstrual hygiene and conducted seminars on the same. During college fests, the group used to distribute ‘Menstrupedia’ comics to do the same. Mavayna arranges camps to spread awareness about the use of sanitary napkins and menstrual hygiene in different slum areas, where she also distributes products provided by different companies.

Her #bleedandcare campaign urged women to come out in support of breaking the chain of shame and love their cycles and body. A woman faces a lot of problems during those four days, so why shy in pain? In India, most women aren’t aware of how important menstrual health is for them.

Mavayna tells us about an incident where she was distributing free sanitary napkins to women in the slums of Delhi. A woman gathered her daughters-in-law to get something free, but as the woman learned the free item was a sanitary napkin she laughed it off. This incident tells us how women aren’t aware of their health.

In this COVID-19 times, when the world was stuck Mavayna was working relentlessly. She distributed cloth pads, hand sanitizers, masks, and blankets to almost 15000 women in different areas during the pandemic. But the pandemic cost her more than that, her ‘Pad-Yatra’ got postponed. ‘Pad-Yatra’ was going to be the world's first and longest walk of its kind, which is focused on making the talks in rural areas of India on menstrual hygiene a part of the mainstream discussion among women and girls. Mavayna hopes to start the yatra as soon as everything goes back to normal (before COVID-19).

When asked about her future goals, Mavayna wants to start a sanitary napkins manufacturing hub where women can earn their livelihood. A world where menstruation isn’t treated as a taboo is also on her list. Mavayna doesn’t run any kind of donation drives nor has any government funding for her social work. Her demands from the government are that make sanitary napkins free and start a serious talk about menstrual health.

Mavayna has received recognition worldwide for her work towards society. She holds different positions in various organizations worldwide. She is appointed as,

In India, it’s surprising where we worship Kamakhya Devi also famous as the bleeding goddess. Where the Brahmaputra river near the temple turns red during those specific three days when the goddess is believed to be menstruating, we still consider menstruation as a taboo. We need more women like Mavayna Manav who’ll keep doing the awareness until menstruation is normalized like anything else 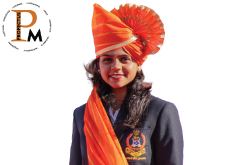