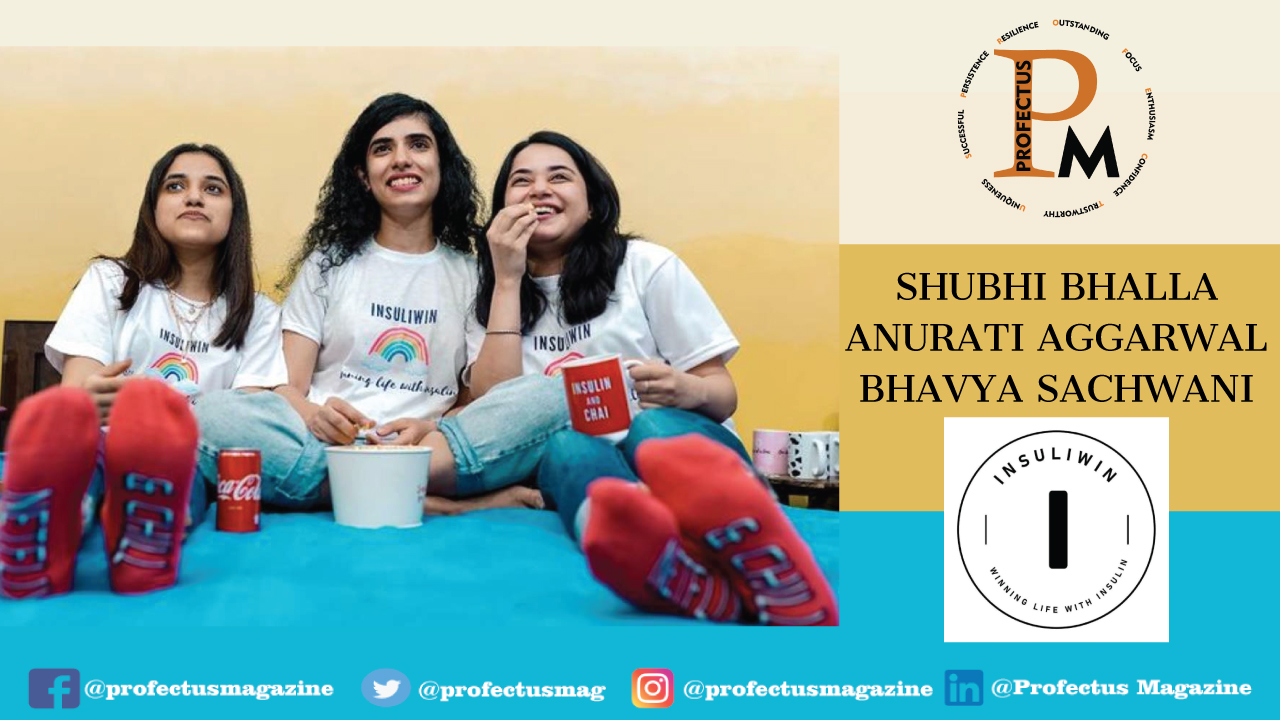 The prevalence of people with Diabetes in India is recorded as the second highest in the world. When someone mentions the term diabetes the first thought in mind is sympathy for the ones having it. The main problem existing currently is that people show sympathy instead of showing empathy. The majority of the people would not even know the types of diabetes and start judging someone suffering from it with minimum knowledge or no knowledge about it.

Type 1 diabetes is an autoimmune disability and completely differs from Type 2 diabetes. The thought of getting diagnosed with a chronic illness is terrifying. This segment covers the story of three young women who are trying to make a difference in the lives of people with Diabetes by normalizing the so-called taboos around it and by helping flaunt their diabetic lifestyle.

The name of the brand is ‘Insuliwin - Winning Life with Insulin’. Founded by Shubhi Bhalla, Anurati Aggarwal, and Bhavya Sachwani.  Their vision is to create awareness about Diabetes whilst making it fun, pretty, and colourful. 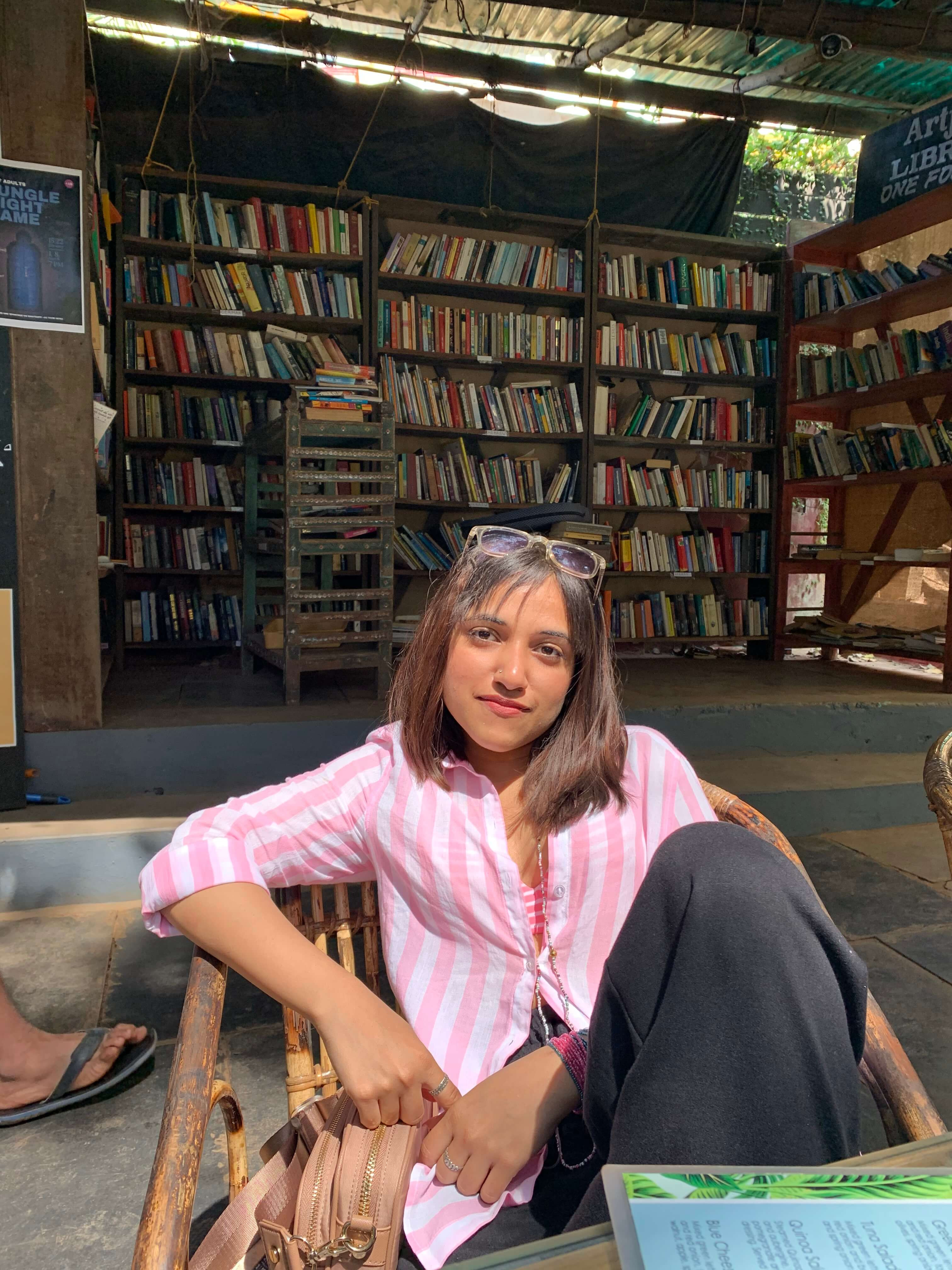 Anurati is born and brought up in Delhi, lives with her family of 5 and her cute little doggo. She has a twin brother too. She has completed her schooling from Air Force Bal Bharti School situated on Lodhi Road, Delhi. She holds bachelor’s degree in Interior Designing and is currently pursuing M.A. in Child Psychology from Goa. 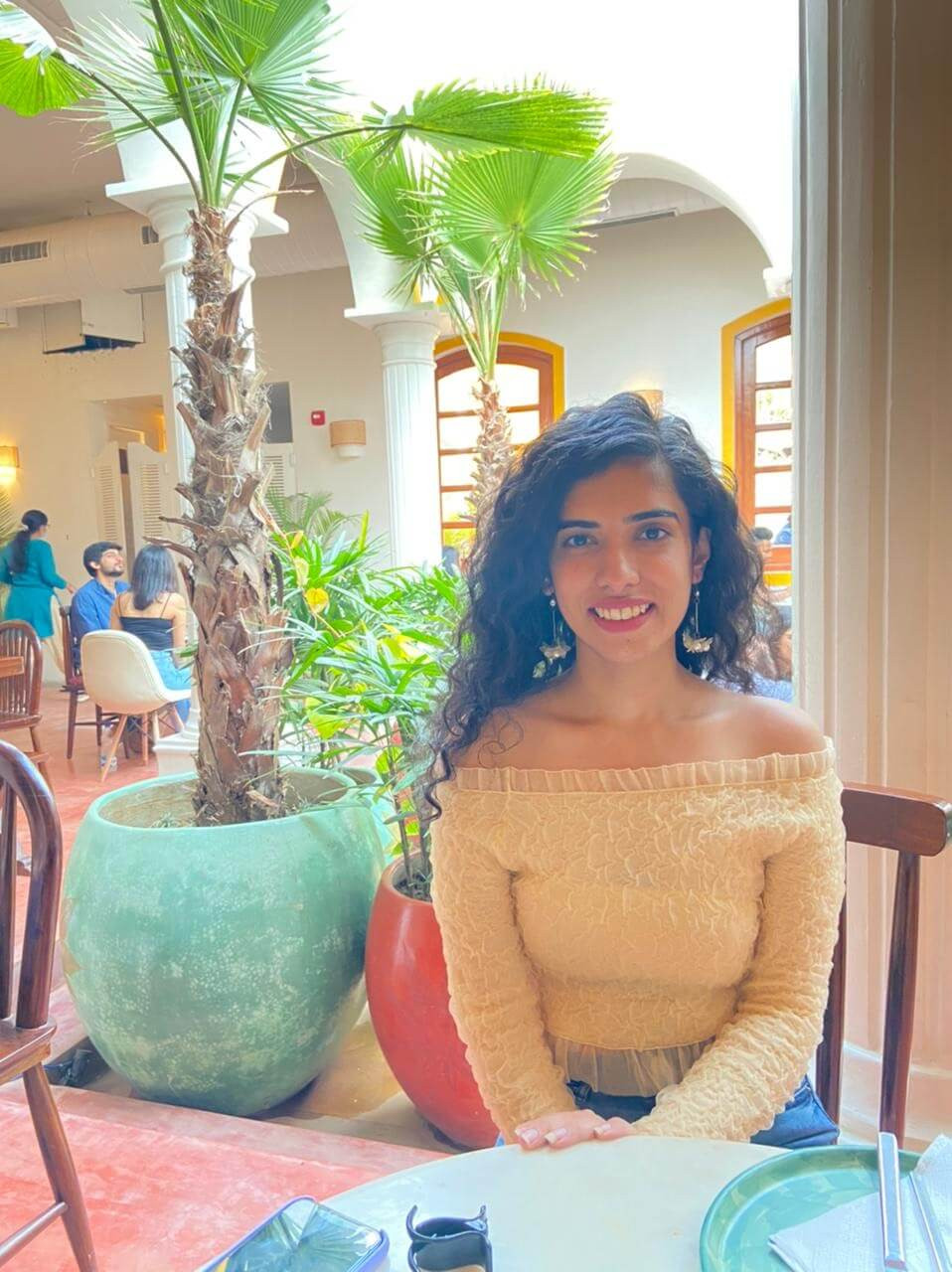 Bhavya also resides in Delhi and has completed her graduation from Ryan International School in Vasant Kunj, Delhi. She further pursued B.com Honors and is currently working with FCON India at the post of Company Secretary. 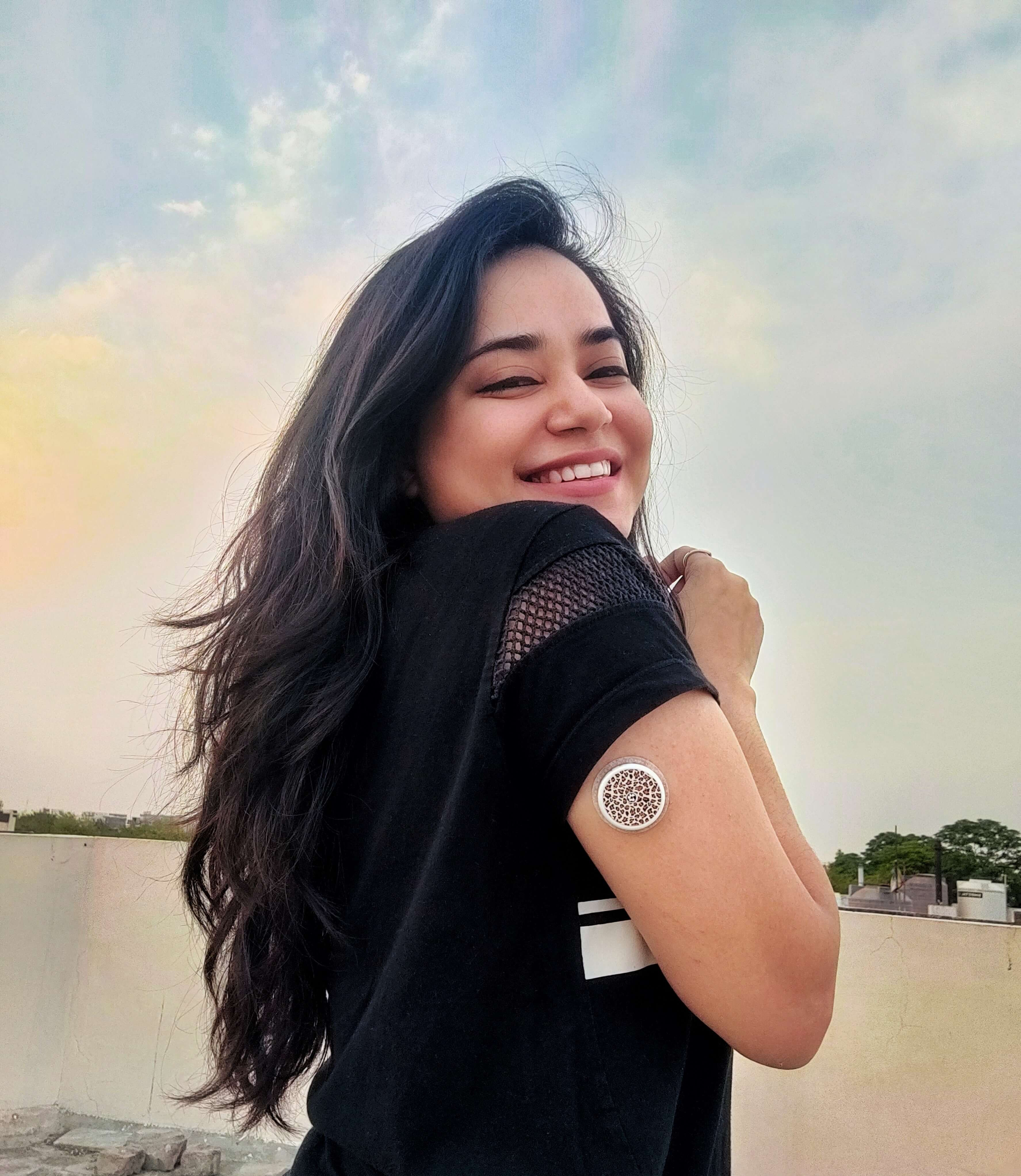 Shubhi Bhalla is from Delhi, NCR region, who has completed schooling from St. Mary’s School in Faridabad. Post completion of bachelors in economics honors from Delhi University, Shubhi decided to shift career in to Digital Marketing and now works as a manager in GroupM - Gurgaon. Along with a job, she is also pursuing a distance MBA from Narsee Monjee University.

It would sound unreal to our readers, but these three co-founders decided to start their business over a virtual call. They were active members in the diabetic online community, where Anurati met Bhavya and Shubhi. Further ranting about the usual ups and downs of diabetes, one day they decided to get on Zoom call, as the pandemic did not allow them to meet in person. The idea was basically generated while complaining about the lack of awareness and availability of diabetes merchandise in India. And this  ‘Chai pe Charcha’ led to the idea of forming a brand, which provides Diabetes merch.

These three women are living with Type 1 Diabetes themselves, and with their brand, they want to help the ones who are struggling with the stigmas imposed by society. These women have faced a lot of criticism which gave them the motivation to do something for the community. It is very disappointing to know that products for people with diabetes are exclusively available in the foreign market and not in India. Hence,  they decided to grab this opportunity and start this business. Through Insuliwin, they try to make people comfortable about their life with diabetes and make it more colourful. Insuliwin tries to create awareness amongst the people through their merchandise and make it fun and happening at the same time.  They say, “You do not have to be ashamed about it, because you did not choose to have diabetes, diabetes chose you”.

Anurati and Bhavya’s parents supported them at all levels while establishing the brand and were proud of them for taking this step. They even helped them to look for the vendors for their brand. Shubhi's parents did not take her seriously at first but have been extremely supportive since then. Currently, they offer a limited range of products; stickers for Libre, Blucon &  Miao Miao transmitter, t-shirts, identity cards, identity badges, mugs and hoodies.

The stickers are waterproof and come in a different variety of colours and patterns. They add gist to their devices and give them the same level of excitement as putting a new colourful case on their phone. It can prove to be a great distraction for young kids who are scared to prick these sensors on their arms. Now they have a reason to flaunt it.

This community certainly needs people who support this and try to make each other’s life better. The shortcomings they faced and the critics has pushed them to do better. Recalling a specific incident, Anurati once visited a mall with her insulin pump attached to her body and the security woman asked her, “Why are you wearing a bomb?” Such hurtful statements make the life of people with diabetes even more challenging. The diabetic community faces constant judgment from the people around when they eat desserts and even calls them careless. 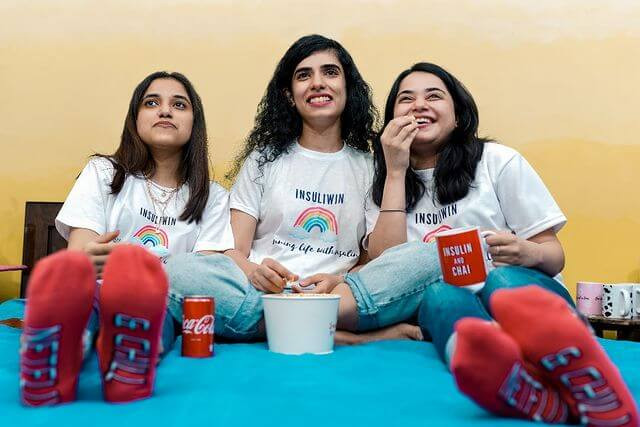 All the three founders are running this business with their studies and jobs alongside. They are setting an example that diabetes cannot stop you from achieving your dreams. They have distributed their roles equally. Shubhi looks after the shipping and packaging of the orders. Bhavya on the other hand deals with vendors, maintains the records and accounts. Anurati handles the designing of the products and graphics. All three of them create content for their Instagram page @insuliwin.

Even while giving the interview, Anurati faced a hypo (low blood sugar) but we couldn’t recognize it. They mentioned that they are each other’s inspiration. They started the brand in April and launched their first range of products in September. They have managed to build an online community with this brand. They are working patiently towards the growth of their brand and believe that everything takes its own time. As Shubhi says, “One day at a time”.

“I am Greater than My Highs and Lows” Insuliwin’s best-selling t-shirt conveys the strong message that one should start taking diabetes as a lifestyle rather than a disease or a curse. Diabetes does come with its literal shares of highs and lows,  but once you start believing that you are more than that,  you will be able to live life to the fullest.  “Ace it till you make it”.

Insuliwin also arranges “DIAMEETS” and looks forward to inviting more people to join the community from all over India. They want people with Diabetes to come together on this journey. They quote, “If you’ve got it, you gotta flaunt it.”

We as the citizens of India should support this initiative and movement and try to be considerate towards this topic and not joke about getting Diabetes when you eat an extremely sweet dessert. 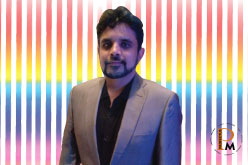 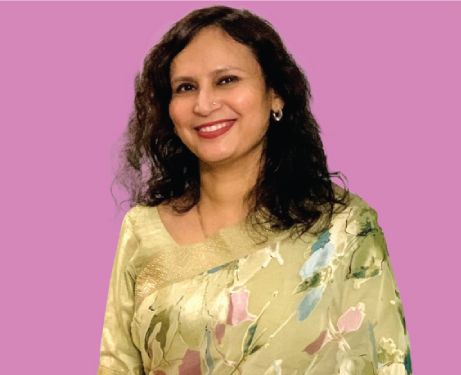