Indian Cyber Troops - Protecting You from The Unseen Threats

In Conversation with ICT

The cyber-world is much more than what we see and use in our daily lives, there are several unknow threats that we have no idea about. We lack knowledge about the dark side of the internet as there isn’t much awareness or educational programs about it. So how do we protect ourselves? Indian Cyber Troops is a team of anonymous Cyber security researchers dedicated to protecting and educating the Indians about the Cyberworld.

Q: What is the need for Indian Cyber Troops (ICT) today?
A: Indian Cyber Troops was formed in 2012 as a group of Cyber security learners. Soon we learned that India doesn’t have any Cyber power to protect itself from internal and international threats, it wasn’t taken much seriously back then. A series of attacks on Indian websites by Pakistani hackers brought this in the limelight. What if they hack into something confidential? As a result in 2018, a team of highly
skilled hackers was formed by Krishanu and Dutchman (usernames) who conducted a combined operation to take down all the Pakistani servers. As the attacks were recurring we researched the Indian Cyberspace for the fault, reported it to the government, and made the patches. Apart from this ICT also runs educational programs, I believe that with the right knowledge provided Indian youth can be the best in this Cyberworld.

Q: How does ICT operate? Any government support?
A: Any information about how ICT works or who are the people is confidential, to answer the government support question, no the government doesn’t provide any sort of aid or support to us. We are a team that is self-taught and self-funded dedicated to work for Maa Bharti and teach her children how to protect themselves. To add more about government, they never help hackers or researchers, even if we do something good there’s always a risk of ending up in legal matters. Still many Cybersecurity researchers of ICT help the local police and Cyber cell to catch any fraudsters or criminals.

Q: “Privacy is a myth” Your opinion on this.
A: Yes, I agree that Privacy is a Myth. As you can take an example of Swiss Company Proton Technologies it assures its users of 100% privacy due to no-log policy but they shared the logs with the authorities. Even your Device can be Vulnerable because the android does not give an update to the Security patch after 1 year of device registration. As you would have heard about Pegasus Spyware it can be just executed within 1 click. Even your ISP’s can monitor your Activities. Even Tor Network is not safe and secure, the CIA can trace down Tor Network Then where is privacy?

Q: What was ‘Mission Toothbrush’?
A: To protect your motherland, one needs to protect their culture. Almost a year back, there was the sudden rise of anti-social elements on the social media platforms like Instagram, Facebook where they
used to propagate religious hatred and post obscene edited pictures mainly of Hindu gods and goddesses. To tackle this problem, ‘Mission Toothbrush’ was launched by joint support of Anshul Saxena, ICT, and Ramesh Solanki. Mr. Anshul Saxena used to find all such types of accounts, ICT’s role was to remove such accounts from social media by helping the Law Enforcement Agencies while Mr. Ramesh Solanki handle this mission legally and file a complaint against the owners of that specific accounts. It was like a cleansing of social media.

Q: What Are your views on the VPN Ban suggested by the Parliamentary Committee?
A: It is a great Suggestion By Committee given to the government. The government might ban VPN Applications but the question arises that how would they tackle Proxies, Tor Network, If they are unable to tackle these things then the number of untraceable crimes is going to increase because the criminals will use alternative methods to do crimes. In my opinion, instead of banning VPN, they should monitor networks by taking ISP under their control. There should be a separate department under the Cyber security of experts in the field, where talent should be the only priority. Banning VPN would only stop common citizens from using it, the criminals will find an alternative way, so this would not help in reducing Cybercrimes. But the government thinks about their ease, what about the privacy and security of Indian hackers? Who will protect them? The government should decide by reading all the possible aspects of the decisions and their outcomes.

Q: How exactly is ICT protecting Indian Cyberspace?
We cant share a lot of information but two of the things are: 1. Reporting the Vulnerable sites to their respective site owner and assisting them to patch the vulnerability. 2. We spread awareness through our social media handles about how to be safe in the Cyberworld, assist victims of Cybercrime through legal procedure. Anyone who needs help or wants to work with us can directly reach us out on our Instagram id @Indiancybertroops and help will be provided seeing the authenticity of the person.

Q: How can we protect ourselves in this Cyberworld? Some common mistakes to avoid
A: “There is nothing, There is Everything” If you are aware of things happening around you in the Cyberworld, then there is no problem you’re safe but if you act like a kid on Internet then you consult a Cyber expert and minimum learn the basics of Cyber security. In my opinion, basic Cyber security should be added as a course in educational institutions to make us aware and capable of protecting ourselves in
the Cyber World. One can also find a basic coursebook on our website ‘Cyber Security in a Nutshell’, a well-defined course by experienced security researchers at a very nominal price, where the amount collected from courses is kept in the ICT welfare fund used for social causes.

Some of the common mistakes to avoid are:

- Don’t allow the permissions to the Application which don’t require to run.
- Don’t download and install various modded files and Software&#39;s from unknown sources without checking them because most people only see the feature of the application Firstly we should look into the cons of anything then after only we should think about the pros.

Q: What government should do to make Indian CybeSpace safer?
A: We have to make a Cyber army under the supervision of Cyber Experts like Nitin Pandey Sir and many more where talented newbies should be given chance, the teams working as the black hat should be given chance only on the talent basis, not on any reservation. Giving the talented ones the chance was the main reason to Form ICT. Government should not release private tenders in the field of Cyber security because this is causing data leaks, instead of giving tender govt. Should recruit the talented ones in the department. 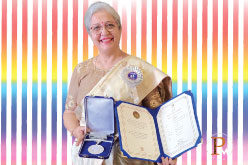 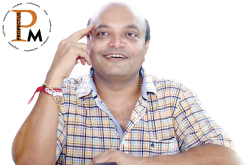