Gangavva Milkuri- From Working In A Farm To A YouTube Celeb 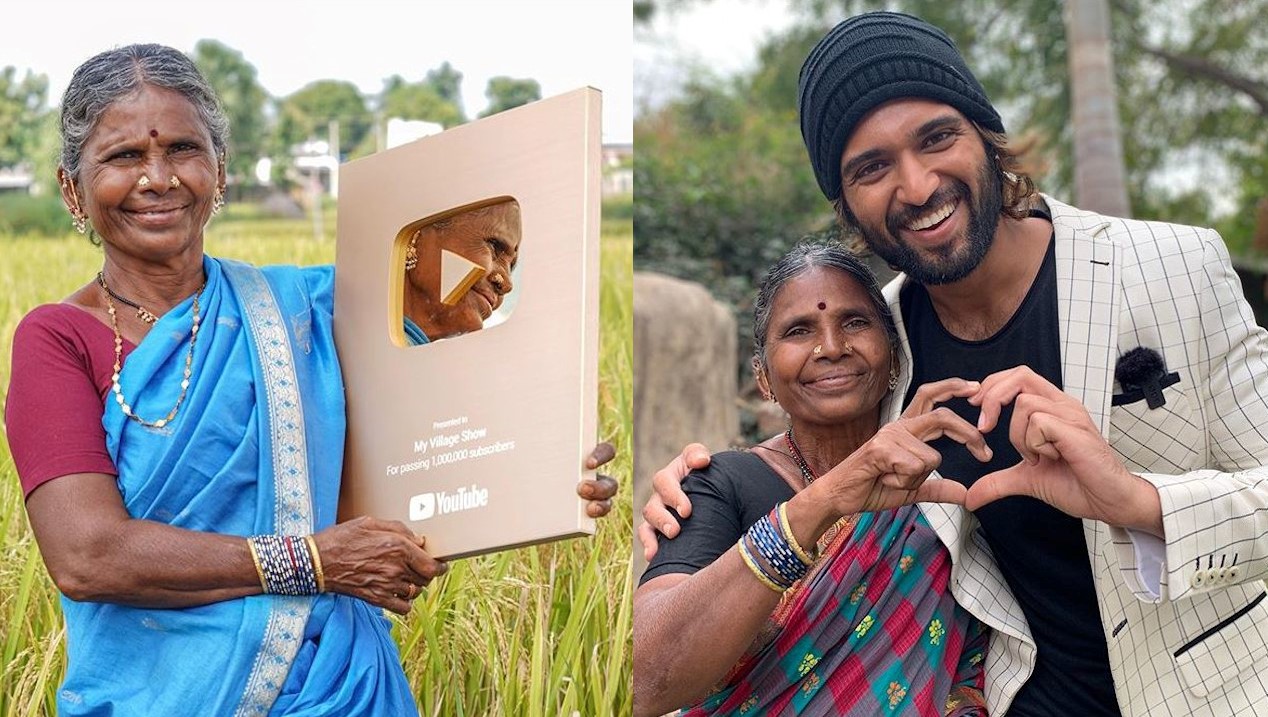 Gangavva Milkuri- From Working In A Farm To A YouTube Celeb

In this digital world, an undiscovered talent finding overnight fame isn’t a new story. But this sensational grandma deserves it all. Grandmother of eight, Gangavva Milkuri is a YouTube star with over 2.3 million subscribers since 2017.

Almost sixty years old Gangavva comes from a small village Lambadipally in Telegana. The channel ‘My Village Show’ was created by her son-in-law Srikanth Sriram who is a filmmaker. Started back in 2012, the nine-member team curates comedy sketches about village culture and rural family life.

‘My Village Show’ took off when Gangavva started make guest appearances back in 2017."(He) used to film plants and trees in the village. I used to think, "Why is this boy wasting his time making videos?" I never imagined in my life that one day I would be in his videos!" says Gangavva in a report by CNN.

Its not a typical struggle story, as one day you are tired of your job and next day you have a YouTube channel. With no formal education, Gangavva’s life was not so easy. From tilling the farms to rolling beedis, she did to all to provide for her three children and an alcoholic husband.

The teams hard-work and Gangavva’s raw talent earned them a golden plaque from YouTube in 2019 for reaching one million subscribers. Their content revolves around satire stories about rural life, their Village to Drunk and Drive video has over 54 million views.

Gangavva’s career now is much more than YouTube, she was one of the 19 contestants in Big Boss 4 (Telugu) in 2020. She has also featured in two Telugu movies in 2019, iSmart Shankar and Mallesham. Apart from these she has also done social events with Samantha.

In a report by CNN, Gangavva says that she had never travelled further than the neighboring village until recently. "I like being in front of the camera, I like acting. It's nice to know that people from all over India are watching what I do," she says, and in addition to that she loves taking selfies with fans who come to meet her.

P C Mohan, third time member of parliament from Bengaluru Central recently praised Gangavva in a tweet, saying, ‘A farmer, grandmother, a domestic abuse survivor, and now, a celebrated YouTuber, Gangavva’s journey is nothing short of inspiring. Gangavva has tasted her share of glamour even in Tollywood films & acted alongside @BSaiSreenivas, @Samanthaprabhu2, @MsKajalAggarwal, and others.”

#GangavvaMilkuri from #Telangana spent most of her life working as a farm laborer.

Her son-in-law introduced her to @YouTubeIndia. She started creating comedic sketches about rural life and society.

Gangavva’s channel ‘My Village Show' has over 2 million subscribers. pic.twitter.com/qAWxwxDpjn

With the money received from advertisers and YouTube channel, Gangavva was able to repay her debts and now have set up a small public library in their production office along with Sriram.

Digital media has given us alot, anyone can become whoever they desire to be. Being an internet sensation isn’t easy, we’ve seen several overnight internet sensations like rise and fall within days. But Gangavva Milkiru is here to stay and entertain us with her raw talent.