Opportunities Are Sudden, You Just Have To Take The Risk!

Everything has a good side, thinking like that we can surely see the brighter side of the pandemic we are stuck in. Many of us have finally found the motivation to stay fit, started a healthy diet, well sleep schedule isn’t good as per the survey but one can still work on it. During this crucial time as we tried to keep ourselves in a positive mindset, healed from grieve, we also saw some heroes rise to the situation. It said that not all heroes were capes, some supplied food, essentials whereas some like Mr. Jayantilal Jain from Medi Biotek helped people day and night by providing necessary drugs and injections during the pandemic.

The greatest wealth is health, but how to keep it intact? With rising charges in the private healthcare services, drugs, and diagnostics, now might be a good time to switch to government hospitals. Most of the middle class is in a mix whether to switch as a few years back there weren’t as reliable. But during the pandemic, we’ve seen a drastic change in India’s healthcare sector. With new oxygen plants and efficient services, people are going back to these hospitals. Medi Biotek has served and supplied more than 500 government hospitals in the state of Tamil Nadu, and currently, they have about 500 government hospitals to serve in Andhra Pradesh.

Founder of Medi Biotek, Mr. Jayantilal Jain believes that the countries public healthcare services should be strengthened and they’ll do their best for it. Chennai-based company Medi Biotek was founded in 2007, but the story begins back in 1990 when a higher secondary Rajasthani boy came to Chennai to drop some of his relatives and didn’t go back. Jayantilal remembers how fascinated he was by the business markets in the city and just decided to stay back to work in a steel company for almost 10 years. His father was a salesman in Lokmanya India and would take Jayantilal and his brother on tours with him.

When life gives you lemons, one makes a lemonade, well Mr. Jain made companies. Just with a secondary school certificate he obtained a wholesale license of supplying medicinal drugs with a friend and started Millions Pharma. With different dealerships under their hood, they started supplying life-saving drugs to private and semi-private hospitals. Today they have more than 50-60 pharma suppliers.

In 2007, Mr. Jain entered the diagnostics sector collaborating with Transasia Bio-Medicals for more than 8 years. By 2015, Medi Biotek started taking government tenders for surgical items on a commission basis. As every business takes a toll, their collab spilt after two years. Today Medi Biotek supplies over 600 products pan India including techs like integrated modular operation theatre, Radiology equipment as an X-Ray machine, Ultrasound, and surgical items. They’re also a supplier of life-saving drugs as Anti-Cancer, nephrology, diabetology, neurology, and critical heart conditions which is a part of Millions Pharma.

Bringing new technology for the betterment of India’s healthcare sector has always been a motivation for Mr. Jain. He often visits various medical fairs to understand the new inventions and their need in the Indian market. From which under joint venture Medi Biotek takes government tenders.  After one such visit to Germany, Jayantilal started supplying lab equipment and critical care equipment like ECG monitors, oximeters to the government hospitals. Medi Biotek has also set up five oxygen plants in Rajasthan hospitals under their supervision and expertise.

After running a successful business for more than 15 years, the wonder is Jayantilal never felt the need to learn English as many professionals are expected to. The journey till now has been overwhelming in Jayantilal’s words, the only goal is to provide the public healthcare sector the best one can. For the past five years, Jayantilal has been working with the government to stabilize the public healthcare sector.  After Andhra Pradesh and Tamil Nadu, Medi Biotek is looking forward to creating an eco-system in Rajasthan.

With just five employees, Medi Biotek has a turnover of 35 crores which was only eight crores back in 2017. When you lay the foundation strong by yourself, the business will eventually stand strong. Jayantilal built it all by himself, helped his brothers to start their businesses. After so many years of hard work, Mr. Jain is relieved as his son handles it all. They envision hitting 100-200 crores by 2024.

Talking about the government, Mr. Jain comments that the current government has brought many strict changes within the healthcare sector. I’ve seen it all these years, and this is the work we needed. Pandemic was uncertain, no one was prepared for it. But they handled it well, we imported masks when the pandemic started, now we export them to so many countries. Plans for the future look good, 60% of the oxygen plants are already set up and funds are flowing for the betterment of the sector.

Starting from zero is important as one knows the importance of success as they start climbing the stairs of destiny. Any business one wants to do, just do it. But for the first five years, forget about the money. Young entrepreneurs need to learn that they’ll face losses and the only key here is patience and good work, wasting some years is fine as one will earn it back in upcoming years. 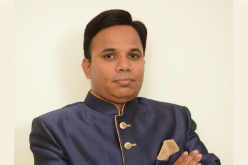 This-Ability to Excel The World 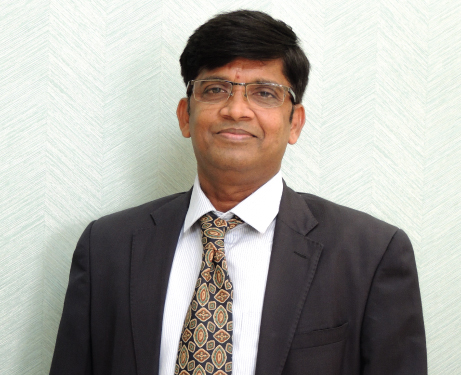