Bytescare: A Startup Which Fights Piracy 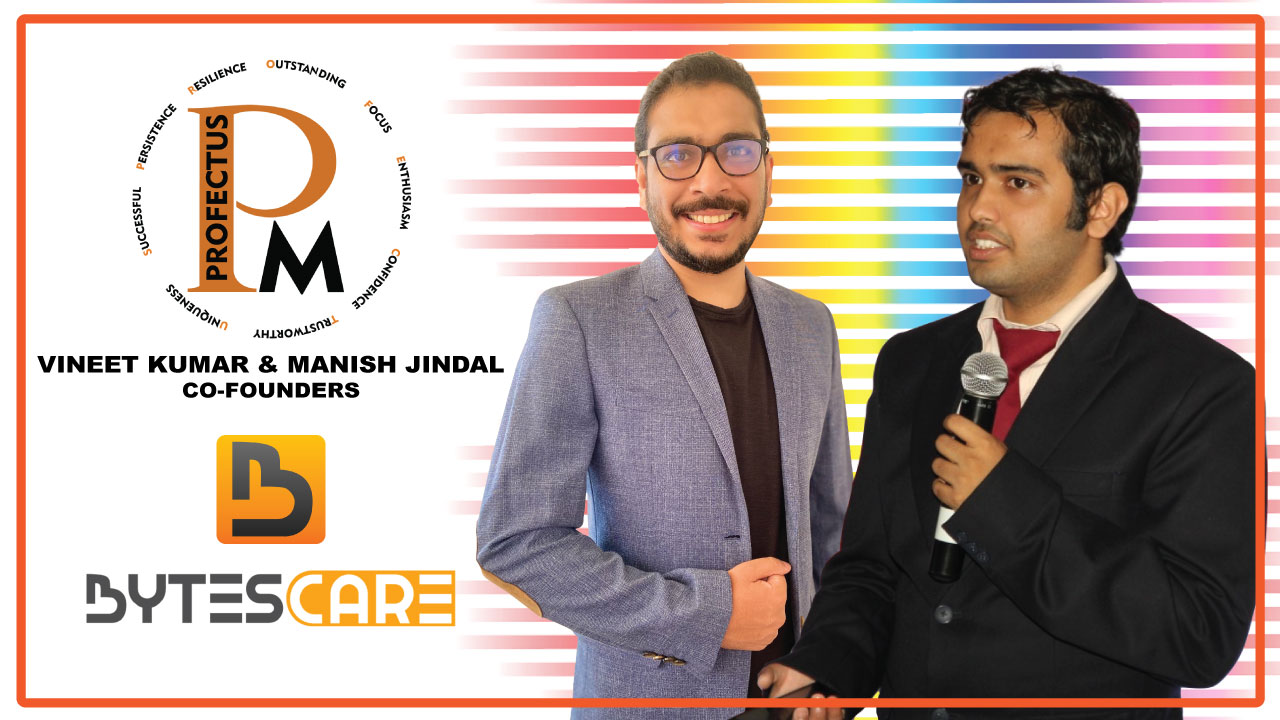 Meet Two Friends Who Protect Your Content; Bytescare a Startup Which Fights Piracy

We live in a digital world where we can find any type of content within few clicks, but what about the originality of it? Every content we read is the intellectual property of someone, and if one isn’t on the original website or link we might be unknowingly encouraging piracy. So, how to keep the content safe from piracy in this global village? Here comes, Bytescare to the rescue!

Vineet Kumar the founder of Bytescare was looking for a solution to the problem occurring with his initial startup, he found a new business idea. An idea that would save many litigation processes. Bytescare was founded by two college friends, Vineet Kumar and Manish Jindal in 2017 and after developing the technology, they finally launched in 2019.

Born in Saharanpur (UP), Vineet holds B.Tech & M.Tech degree from IIT-BHU (Varanasi). His Father is in Air Force and has been posted at multiple locations throughout India. Ever since the college days, Vineet was always interested in technology-related businesses. The main focus for him was always tech and to gain some experience in the field, Vineet did internships, including two times Google Summer of Code participation, Unisys. Working closely with the content industries he has now 5 year of experience in cyber security and content security space.

In 2016, Vineet started his entrepreneurship journey and founded a platform known as ‘Bytesloader’. It was like a cloud syncing and file management software where anyone can transfer internet files to their clouds like Google Drives or DropBox. It was initially a great idea when they started, and gained popularity amongst the college kids and eventually the revenue grew. But at the same time, they faced a piracy problem on the platform as sometimes users were downloading copyright-infringing content. Looking for a solution for this problem, Bytescare was born.

Born in Bhattu Mandi, a small town in Haryana, Manish started B.Tech from IIT-BHU (Varanasi) along with Vineet and has completed MSc. in Finance from EDHEC Business School in France. He is also a CFA Charter holder. His Father is Industrialist in agriculture sector which played an important role in Manish’s journey to become an entrepreneur. Manish is a finance guy having experience in business strategy and has helped lots of start-ups in raising funds as an Investment Banker. He has worked with reputed corporations like Ashika Group, Schneider Electric and Bank of America.

When we asked Manish on why he joined Bytescare leaving the finance sector, he stated two specific reasons: first, it was a great opportunity to venture out in the entrepreneurship with Bytescare and second, it is a B2B space which was always an interesting point for Manish.

The time when Manish was about to board as a Co-Founder, the pandemic hit the world. Due to which they started getting a lot of hits with consumers. They understood the potential of this business not only in the Indian market but also at the global level, which also played a key factor for Manish and Vineet to focus solely on Bytescare for now.

"Bytescare is an AI/ML-enabled technology service provider with a single aim to help Content Creators across genres, Publishing Houses, News Media Companies, E-Learning Platforms, OTT Platforms, Films Production Houses, Broadcasters, & Software companies to protect their content from digital as well as e-commerce piracy. With the help of our proprietary technology and mechanism, we automatically identify the various infringement sources 24/7 and send take-down notices in a tool-assisted manner."

Seeing the entertainment industry, they learned the movie industrialists were just using litigation methods that are through lawyers rather than tech measures to counter-piracy. The two companies which were operating in the movie industry to counter-piracy were majorly using manual methods. They realized that there was a huge gap in the industry related to tech. Back at Bytesloader, their focus was to create a catalogue of infringed content on the internet for potential monetization for the actual owners. One of the core focus of the product was to track the infringement.

Started developing in 2017-18, the final product launch was successful in 2019. They started to pitch it to different publishing sectors like news media, the coaching industry, or Ed-tech. Currently, Bytescare has big clients like Indian Express, The Hindu, McGraw Hill, S Chand, Geeks for Geeks, Coding Ninja, and more. Vineet says currently their technology is the biggest differentiator, which provides efficiency in the process and makes us cost-effective compared to competitors. Their capabilities and experience can enforce intellectual property rights and remove issues from global online marketplaces, social media networks & platforms, websites, P2P Networks, Cloud Sharing platforms and other online channels. They provide worldwide coverage for piracy detection and removal and successfully removed content all over the world.

Their innovative filtering mechanism identifies over 99.9% of digital piracy links processed in real-time, and robust ranking mechanism saves over 80% of man-hours by putting the most relevant cases first. For example, there are 1000 links for the same subject, from which 800 are not pirated then the software excludes it from the server and the rest 200 are ranked according to the percent of pirated content it contains. Once it’s ranked the links are reviewed according to the scores they received and then they take down the particular websites. The complete process is streamlined for ease and accuracy. Depending on the customer requirement they also create special teams if something needs special attention and specific investigations.

Talking about their future goals Manish said “We want to expand globally and we have recently got selected for a program known as Next Big Idea which would help in expansion in North America, especially in Canada”. We want to be the global leader in the content security sector, and we would like to work with Disney, HBO, Universal productions, and News Media like the Washington, News-Herald. Also, we are slowly transitioning into the B2C market too, like detecting impersonating Influencers profiles.

Content protection is a necessity in the current digital world, and for that, we need startups like Bytescare to grow at a great pace. Bytescare is almost closing a seed round of an undisclosed amount with some prominent investors participating.