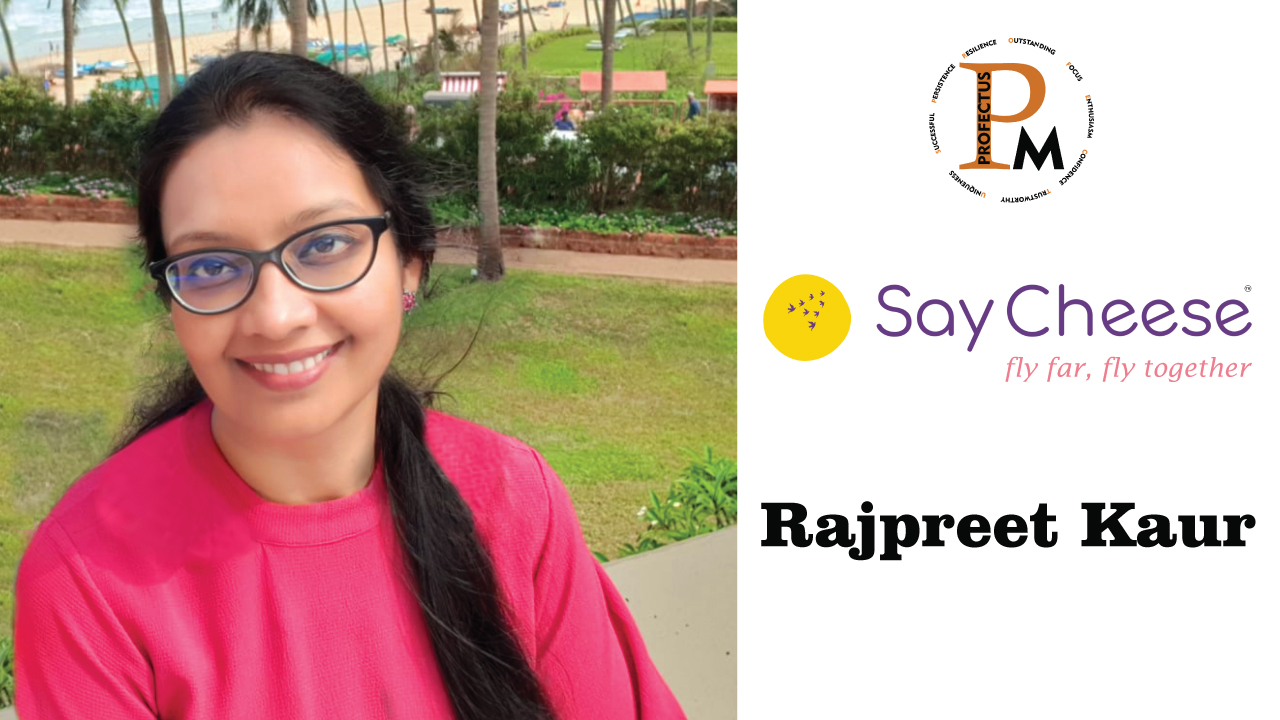 Happiness is a very intangible concept and to make it tangible first one needs to see how happy the woman is. Rajpreet Kaur, founder of Say Cheese, a dedicated mother to her daughter Bani, a wife and a woman with a positive attitude believes in a holistic environment for all. A woman usually puts everything else before her, but what about her inner being? Being happy and holistic towards yourself isn’t momentous, it's a lifestyle but in today’s world with all the stress and negativity we have stopped investing in ourselves. Seeing this a femtech has stepped up with their venture ‘Say Cheese’.

Before starting the company she has worked for almost 16 years as a Banker and trader fx to reputed companies like HSBC, Standard Chartered Bank, Bharti Airtel Group Treasury, and TATA consultancy services. She has an MBA from MBI Gurgaon, along with a Computer Engineer degree and certification from the Indian Institute of Foreign Trade.

When I first heard about Say Cheese I was dazzled by the name itself, something so simple yet leaving a lasting effect. Rajpreet tells us that company was named by her 7-year-old daughter Bani, while taking pictures Bani would always say ‘Say Cheese’ and made everyone smile that’s where she picked up the name. When asked about how she got the idea of resigning from a stable job and starting a new venture, Rajpreet said that her life would have continued as a banker but some profound experiences in her career made to think about her inner calling. One of the incidents that made her look inward was when she was about to take her maternity leave, she had been offered a role but got rejected due to the leave. After she joined the job she wasn’t offered the role back.

Some similar incidents made her realize that life has a greater purpose for her. After stumbling across 27 different concepts for her venture, she came across the concept of IKIGAI. Say Cheese can be described as a go-to place where you get a supportive holistic ecosystem. Her passion and purpose behind this are to make a difference in the lives of millions of women through technology.

Happiness is a very intangible concept and to make it tangible first one needs to see how happy the woman is. This is the company’s starting point gradually the services are being built and they will be up for the journey. With HER assessment they assess how happy the person is and what are their pain points. This platform is for every woman, if one is really happy then they can share experiences about how they overcame challenges with others and can mentor others. Even if a woman is going through a rough patch then their mentors can help. Say Cheese believes in working in transparency and are extremely confidential about your personal details, they have psychologists, therapist and professional coaches who can help anyone overcome depression.

As the femtech company started in the pandemic, people advised her not to leave her job and it wasn’t a perfect time to begin something new. It was more of a mental challenge but her husband was extremely supportive of her. She chose to go with her instincts and would say the COVID period was the best time to start ‘Say Cheese’. Coming to finances, she hadn’t had many difficulties as she has worked and saved for over 16 years. She had financial stability, talking of earlier seed investment they hadn’t even started fundraising and investor reached out to them. After a month investors finally set in and the company valued at around a peg of 10 crores. It is a big validation of the need for such a platform in India and abroad.

Due to the ongoing pandemic, everything had become so negative, there seemed a need for such a platform that provides a holistic ecosystem not only to working women but also to homeworkers, students, and homepreneurs. As femtech is a very new industry veteran including Neeta Ambani is investing in femtech. Coming together of her passion and technical knowledge are shaping the femtech industry, she believes that her company is going to become a new face of the femtech industry.

Most Woman networking companies are more around content exchange but this website is experiential. They could have created Facebook groups or other types of groups but they never envisaged as a content exchange platform. In near times they have been thinking of making a community app. Their website is more of a meaning connect and connect beyond connections. It is not just content exchange, it forms a real bond and an effective ecosystem. It would be the first site in India that will offer both service and e-commerce.

Atmanirbhar Nari which would make an Atmanirbhar Bharat, she is quite inspired by the initiatives taken by the Indian government including Make in India. The company is also a Make in India venture well it doesn’t produce anything yet but the intellectual property belongs within India. Rajpreet believes that government can play a vital role in the femtech industry, they have been supporting women on various boards, tradings. At some stage, if it's possible to join hands with the government she would like to take this venture to a higher level and it would be great for women across the country.

Rajpreet also says that legal awareness from the government about setting up business irrational of gender or company size should be provided. Not always one should prefer the harder way, the government should focus on that aspect too. For example, they had a seed investment, there were so many legal difficulties as if you were not well-read you wouldn’t figure it out. Other than that some infrastructure should be provided to small homepreneurs.

Say Cheese was the First Runner Up at Wharton Entrepreneurship Accelerator Program, with over 150 startups participating in it. Recently they build annual flagship event, as a startup that launched 3 months back “Unstoppable Women” with 212 attends with 110 companies participated and people across 10 countries and there were veteran speakers from some of the prestigious companies like Aditya Birla Group, TATA, Paytm, banking and other sectors like healthcare. Focused on running the services, they launched the concept beta and got great feedback. Say cheese focuses on impacting a million lives. Actress Juhi Babbar launched one of their five-year plans where they want a million happy stories of women they made an impact on.

Rajpreet believes that India has the capability to give big organization but as an Indian mindset we tend to adapt foreign concepts quickly. We need acceptability from our people. The biggest urge is women to take time for themselves. Say Cheese tends to drive the message that invests yourself. 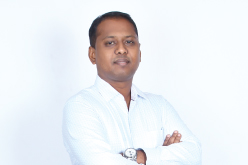